The Unemployment Insurance Weekly Claims report for the week ending April 20, 2019 has been released by the Department of Labor. 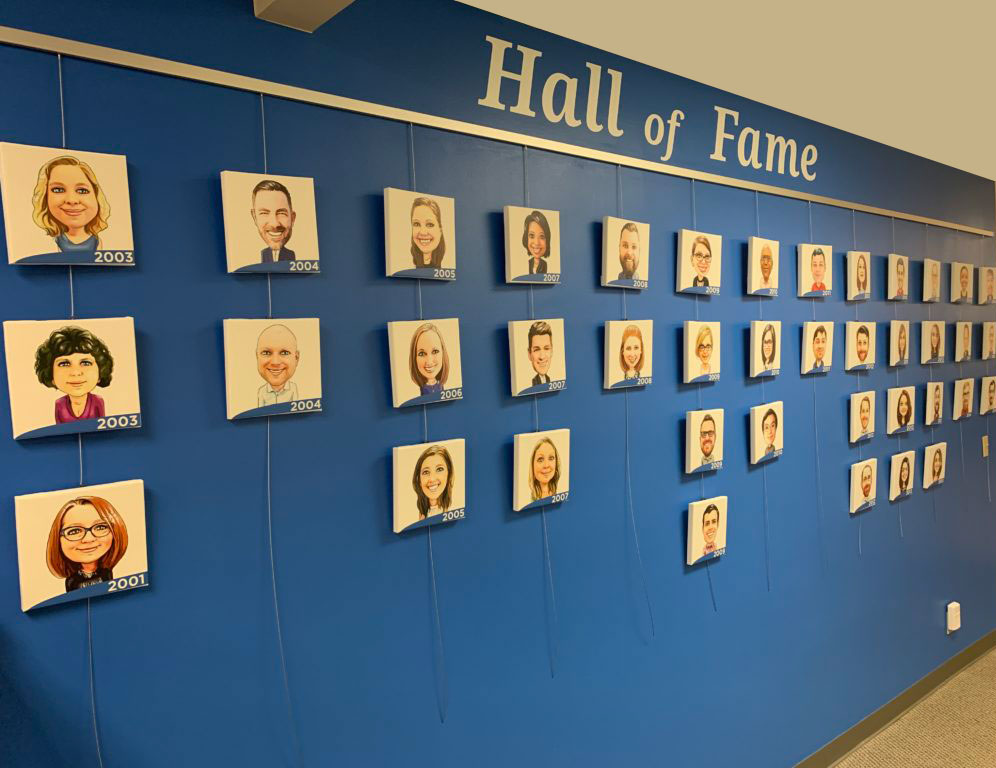 The T&C Hall of Fame

Why have a T&C Hall of Fame? Simple, our people are the key to our success. We are humbled by their longevity and loyalty and take great pride in celebrating their accomplishments. What better way to celebrate the most important part of our business than to immortalize our people in the T&C Hall of Fame. Additionally, this is excellent way to live out one of our Core Values, Remember Who We Are.

A key factor to employee engagement is recognizing employees for their service. Our employee tenure is truly unique and something that deserves celebration. The exceptional tenure of our employees not only separates T&C in the marketplace, but more importantly, creates an environment of cohesive productivity for our clients and our associates. Building stronger relationships in the office translates directly to our quality of life, and the quality of our service. The Unemployment Insurance Weekly Claims report for the week ending April 13, 2019 has been released by the Department of Labor.

The state of Indiana created an Employer Self-Service system (ESS) back in 2007 to provide employers with an online platform to access unemployment insurance information such as records on report submissions, tax  payments, and other issues.

A survey taken of employers that have been using the site over the past few years has provided valuable information on how to improve the system and make it even more efficient. The Department of Workforce Development (DWD) has been hard at work using that feedback to revamp the system. Electronic filing is now required unless a waiver has been granted, but the redesign has added a whole lot more and made using the system much easier.

Through the ESS, Indiana businesses and employees can now access printable copies of notices and mailings, view helpful menus with improved legibility with updated fonts and graphics, access consolidated wage and contribution reports as well as utilize electronic payment options that are better integrated with a free e-check option right there within the website. Shared services for payroll and reporting as well as being able to designate multiple people to receive DWD communications are additional features.

The re-design has not only created a paperless environment, but promises to decrease benefit fraud, increase accuracy across the board, and present information in an organized fashion that is very accessible to a wide range of users.

The revamped system can be accessed here.

Missouri: File on the Go

In an effort by the state of Missouri to continually improve government efficiency, their Department of Labor and Industrial Relations Division of Employment Security (DES) has introduced a way to file unemployment claims from  the convenience of a cell phone. The state’s online UI system called UInteract is now more accessible by becoming mobile-friendly. Allowing the user to correspond on-the-go gives businesses and workers the ability to file unemployment claims, make payment requests, check on a payment status, view their account history, update contact  and payment information, view rate and benefit charges, protest claims or file an appeal at any moment from the phone in their pocket.

More information about about the Department of Labor in the state of Missouri can be found here.

The Unemployment Insurance Weekly Claims report for the week ending April 6, 2019 has been released by the Department of Labor.

The Unemployment Insurance Weekly Claims report for the week ending March 30, 2019 has been released by the Department of  Labor.

The following counties have just become eligible for disaster unemployment assistance (DUA) in the state of Iowa as a result of the recent storms and subsequent flooding: Freemont, Harrison, Mills, Monona, and Woodbury.  Workers whose employment was impacted by these storms may be able to access unemployment benefits. Up to 27 weeks of assistance will be available to eligible applicants whose employment continues to be affected by the aftermath of these recent storms. Eligibility will be re-examined every week.

Iowans can go here to file a claim.

The Unemployment Insurance Weekly Claims report for the week ending March 23, 2019 has been released by the Department of Labor.

If the state’s unemployment trust fund is not high enough to meet its required  minimum, the new law will not apply. In the case that the fund has less than $600 million, the wage base would be $11,000. Less that a $400 million balance would bring the wage base to $12,000.

If requesting an Employment & Wage Verification please click the green button located at the top of the primary navigation on each page.